Systems Methodology and the Buckmaster Bequest: An Update 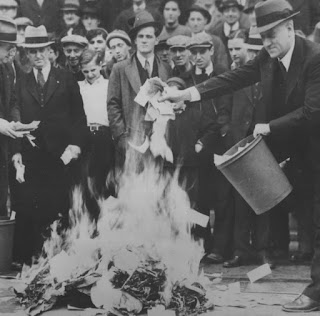 The Society for Psychical Research’s Annual Report and Accounts for the year 2020-21 were published in late July 2022.  As it has been some time since I addressed the vexed issue of the awarding of £78,000 by the SPR to Dr David Rousseau in March 2014 for the task of providing six papers and a book, I thought it worth providing an update, as remarkably the matter is still unresolved.  The money came from the late Nigel Buckmaster’s extremely generous bequest to the SPR, and the lack of progress of this project is always recorded in the Annual Report.

The relevant section of the Buckmaster Committee report in the 2020-21 Annual Report says: ‘The delayed Systems Methodology for Exploratory Science project under Dr David Rousseau is finally nearing completion but has encountered yet another delay due to family reasons. The remaining and final product of this project is a practical handbook for applying Systems Methodology to the problems of psychical research, and this is now expected early in 2022.’  That early 2022 deadline, like so many before it, was missed.

‘Delayed’ is putting it very mildly.  In fact, this matter has been going on for so long, a significant proportion of the SPR’s present Council were not on it when the award was made and are probably unaware of how much money is involved.  SPR members will certainly not realise it from reading the annual Buckmaster Committee report.

The first Buckmaster report appeared in the 2013-14 Annual Report, and the relevant paragraph merely stated that a component of the ‘Buckmaster project’ was: ‘a research and publication project to develop Systems Methodology as a new tool especially suited to the investigation of spontaneous cases.’  Annual Reports since then have provided excuses for work not completed and revised delivery dates which were ignored.

‘After previous delays, the Systems Methodology for Exploratory Science project under Dr David Rousseau made good progress over the past year. All six of the planned publications are now finished and five have been published with the sixth about to be published. These deal with various topics including the fundamentals of Systems Methodology, reconciling spirituality and natural science, and using Systems Methodology to reconcile differing world views. The final product of this project is a practical handbook for applying Systems Methodology to the problems of psychical research, and this is underway and expected early in 2021.’

So, on paper it looked like finally significant progress had been made, apart from that niggling handbook.  Unfortunately, none of the contracted papers has yet made it to the SPR library.  Despite having been assured of their competition, we do not know what the titles are, nor how relevant they are to psychical research, and we are still unable to judge whether or not the Society has received value for its (considerable) money.

Hoping to get an idea of what the six published papers might be, I thought I would look at Dr Rousseau’s Centre for Systems Philosophy (CSP) website as it has a bibliography.  The first thing I noticed is that despite listing the various organisations with which he is associated, he does not mention being a Council member of the SPR.  One would have expected acknowledgement of an organisation that has been so good to him, but perhaps he does not consider the association to be advantageous professionally.  It is a sentiment sadly shared by some psychical researchers, though it is less common than it used to be.

Scanning the bibliography, it is not easy to work out which essays might fulfil the criteria for the Buckmaster contract.  I can see nothing specifically related to psychical research and systems philosophy.  It is possible the Buckmaster essays have not been listed in Dr Rousseau’s bibliography because they are SPR property, but there would be nothing legally to prevent them being included in a list of publications.

There are some essays on spirituality, a topic referred to in the 2019-20 Annual Report, and these may be the ‘planned publications.’  If they are the items in question, they would need a strong justification to demonstrate their relevance to psychical research.  Nobody will grumble that the scope has been extended from spontaneous cases, as originally announced in 2014, but what we get does need to be applicable to psychical research, not vaguely about ‘spirituality’.

After all, the entire project was posited on the basis that it would use systems methodology to develop new approaches in psychical research; what these might be currently remains a mystery.  Some of the essay topics alluded to in the 2019-20 Report sound generic and not produced with the SPR solely in mind.  Writing about ‘the fundamentals of Systems Methodology’ and ‘using Systems Methodology to reconcile differing world views’ sounds the sort of thing Dr Rousseau would be doing anyway as a systems methodologist.  Perhaps the handbook will make it all clearer, once we see it.

Never having been a fan of the proposal to sink £78,000 into this endeavour, I especially thought it a bad idea to pay the money upfront in three tranches, and not on production of results.  As evidence of the incentive the prospect of getting paid generates, it is worth noting that Dr Rousseau’s painfully slow progress on the Buckmaster work was not matched by the speedy production of the essay he co-wrote with his wife, Julie Rousseau (calling herself Julie Billingham), for the Bigelow Institute for Consciousness Studies’ 2021 essay competition.

The result, What would have to be true about the world? On evidence for the possibility of consciousness surviving death, was a $50,000 runner-up, and unlike the essays for which the SPR has paid is easily locatable in the CSP website bibliography.  Dr Rousseau should really have allocated the time he spent on the Bigelow entry to fulfilling his existing, and long overdue, commitment to the SPR.

One wishes the Buckmaster essays could have been delivered in a similar brief timeframe, rather than the best part of a decade it has so far taken.  This unsatisfactory situation really needs to be wrapped up after so many years.  If all the outputs cannot be produced immediately, and their relevance to psychical research firmly demonstrated, there are grounds for clawing back the money; though it is hard to see this happening in practice.